Don't ever give up 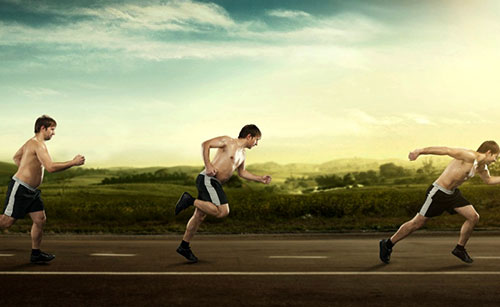 When you are down in trouble keep kicking, don't give up is a saying. A crisis is a true test of character they say.And given how several people find themselves in crisis these days , it's useful to remember some basic lessons in surviving in troubled times.

Ups and downs are part of life but how you tackle the down holds the key to the highs that might occur later in life.

Sometimes we might find ourselves burdened with some emotional disturbance. In such cases it is important to ensure that we do not get terrified into action like a deer caught in a car's headlight.

Simply not trying and simply giving up will only guarantee failure. When you feel going deeper into the deep black hole think of the story of frogs and the pail milk.

One day a frog hopped into the farmer house accidentally and landed in a pail of fresh milk. He tried to jump out but the walls were too high. The frog tried all means to push himself off the bottom of the pail but it was far too deep.

But the frog was not ready to give up; he kicked and splashed . But his legs began to hurt but it kept kicking. Suddenly all that churning( process of shaking up cream) eventually had its impact and the milk turned into a lump of butter. The frog jumped on top of the butter and escaped to freedom.

When you are depressed keep kicking to keep fighting and see the magic that happens to you next.